I never had a problem with any of that. In fact I kind of liked it.

In the case of fire stations, for example, it adds a level of security knowing someone capable and competent is awake next door at all hours, and that if a fire does break out, well, you’re in the right place. The noise generated by a fire station is more than worth it, an easy trade-off.

But for the last 20-plus years I’ve lived in Parkside, a charming and desirable residential neighborhood and historic district near Daffin Park. I don’t live next door to anything but other single-family houses. The closest fire station is on the other side of the park.

But Parkside is by far the loudest goddamn place I’ve ever lived. Bar none. It’s not even close.

And no, I'm not talking about Savannah Bananas games! That comes under the heading of good noise.

See, in my neighborhood, any day it’s not raining heavily and the temperature is above freezing there's pretty much a 50/50 chance that the air all around my house will be filled with the noise of lawn crews doing their thing for hours. And hours. And hours.

And  since yard crews like to operate in gaggles, sometimes there will be two or three crews going at it at the same time within my line of sight, and most importantly, hearing. It’s the Ninth Circle of Suburban Hell.

(Where do people get the money to hire all these lawn crews?!? But I digress.)

The lawnmowers and hedge trimmers and such are not that big a deal, because I know those tools are doing a job and will be put away when that job is done. Lawn mowed? Done. Hedges trimmed? Done and dusted.

But leaf blowers? Leaf blowers are a different thing entirely.

They make a pile of leaves, and then just…. move the pile around for an hour or two. Or three.

That's all leaf blowers do: Move piles of leaves from one spot to the other. With a decibel level literally equivalent to an aircraft engine, disturbing not just adjacent neighbors but much of the neighborhood for blocks around, raising clouds of exhaust and dust.

And “efficiency” is clearly not at play here. Yard crews could probably rake and bag the same amount of leaves in half the time or less. I'm not a professional and I bet I could do it.

Add in the rising cost of gasoline for the leaf blowers and it doesn’t even seem to be a good business decision.

One time, I stopped a guy with a yard crew across the street who was blowing an enormous pile of leaves directly down the nearest storm drain. I don’t mean just an armful of leaves – I’m talking about an entire yard’s worth of leaves down a single drain.

His response was, “That’s what our taxes are for.”

Another time a guy with a yard crew blew leaves from my neighbor’s yard completely across a street, into my side yard, and up against my house.

I couldn’t believe what I was seeing and didn’t think anyone else would either, so I actually videotaped it.

It was kind of hilarious. The guy was in such a dead-eyed leaf-blowing zombie trance that he was just hunched over about six feet away from the side of my house, literally blowing the leaves up against my house so hard that they were blasting back into his own dumb face.

I videotaped him for a minute, then went out and told him to cut it the hell out.

Again, these leaves had been all the way across a paved street just a little while before. What compelled him to go to such lengths to maniacally blow them so far away? He’d have blown them into my living room if the window were open.

But that’s what leaf blowers do to people’s brains. I don’t know if it’s the noise or the vibration or the fumes or what, but leaf blowers make you stupid.

I’m not the only one who is tired as hell of leaf blowers. Over 100 cities and towns across America have already taken legal measures to ban or severely limit the use of gas-powered leaf blowers, both on the basis of pollution as well as noise.

Passed in October 2021, the state of California’s ban on the sale of new gas-powered leaf blowers goes into effect in 2024.

“This is a pretty modest approach to trying to limit the massive amounts of pollution that this equipment emits, not to mention the health impact on the workers who are using it constantly,” said Assemblyman Marc Berman (D-Menlo Park), author of the legislation.

A two-stroke gas-powered leaf blower engine only burns about 60 percent of its fuel. The rest goes into the atmosphere in the form of aerosol exhaust to destroy the environment and your lungs, as well as the lungs of the people using it.

A 2011 study by the car company Edmonds concluded that the emissions from a half-hour use of a single gas-powered leaf blower is about the same as driving in a Ford F-150 from Texas to Alaska – nearly 4000 miles.

Generally speaking, the average two-stroke motor on the average gas-powered leaf blower is 300 times more polluting than an actual car!

The waste is staggering, and the topic of leaf blowers’ impacts on the environment and on climate change will only increase in urgency moving forward.

But honestly? My main issue with them is the noise.

Most gas-powered blowers maintain a constant noise level of at least 70-75 decibels. Cheaper gas-powered blowers, however, routinely hit over 105 decibels, about the equivalent of a plane taking off or standing next to a running commercial-grade chainsaw.

Here’s the thing to always remember about gas-powered leaf blowers: They are nearly always in direct violation of the allowed decibel standards in local noise ordinances.

But the devil is in the details.

For example, the City of Savannah's ordinance allows nothing over 60 decibels in residential neighborhoods. However, the fly in the ointment is that lawn equipment is specifically exempted — from 7 a.m.-10 p.m. — which makes the noise ordinance useless with regards to leaf blowers.

In the meantime, City ordinance has a very long, detailed section limiting all kinds of ways music can be played or amplified. If you don't think noise complaints ever happen or ever lead to anything, set up a loud PA system in your front yard, or try and start a drum circle in Forsyth Park, and see what happens.

Closer to home than California, areas of Atlanta are beginning to consolidate neighborhood opposition to gas-powered leaf blowers.

Hilton Head, S.C., just over the river has taken serious steps recently. Hilton Head already has a ban on decibel levels over 95db in residential areas. But just last week, the Sea Pines community on Hilton Head voted to approve a ban on yard crews using any equipment over 75db while inside its gates, taking effect January 2023.

Tightening up our ordinance to take away the exemption is all well and good, and should happen regardless the next time City Council takes up the ordinance. But only taking away the lawn equipment exemption just means that A) people will have to actually call to complain, and B) the cops will have to show up and actually do something about it.

And unlike rock bands and small bars — which constantly have the cops called on them due to noise complaints — landscaping companies can and do wield some political power. (Keep in mind that Savannah’s previous mayor, Eddie DeLoach, literally owned a large landscaping company with a ton of government contracts.)

Barring a full-on ban on gas-powered leaf blowers, another solution is the so-called “quiet zone" approach. Simply put, this means individual neighborhoods could opt to officially take on a recognized “quiet zone” designation, similar to the way they are now allowed to adopt Conservation District Overlays to protect contributing historic structures.

If you’re interested in breathing easy again, and being able to talk to your significant other in the next room again, consider contacting your City Council representative and ask them to address gas-powered leaf blowers, and to put this issue on the City Manager's agenda.

Trust me, you wouldn’t be alone.

“Since entering public office, I’ve seen the complaints come in across the District from Parkside to Paradise Park and everything in between,” Fourth District Alderman Nick Palumbo tells The Savannahian. “Leaf blowers appear to be an equal opportunity offender throughout the City except for those that use them.”

The usual pushback any time you bring up quality of life issues like this is along the lines of, “Doesn’t City Council have anything better to do? What about crime?”

They can address affordable housing, and they can….. address the problem of expensive and vital stormwater drains getting clogged because idiots keep blowing yard waste down them.

“One other key factor the City must evaluate is if they also contribute to storm water blockages from users blowing leaves into the drains,” Palumbo says. “Based on all of these factors, as well as the widespread availability of electrical and quieter options, I’m strongly in favor of reforming our code to prohibit these nuisances.”

The other pushback is that complaints about leaf blowers come from a place of privilege. Certainly it's not a life or death situation.

But that argument cuts both ways, doesn't it? If you're privileged enough to be able to afford to hire a lawn crew that uses gas-powered leaf blowers, you can probably afford to pay their increased rates if they have to replace them with quieter, battery-powered ones.

The catch is that the American Rescue Plan money is a one-time-only windfall. 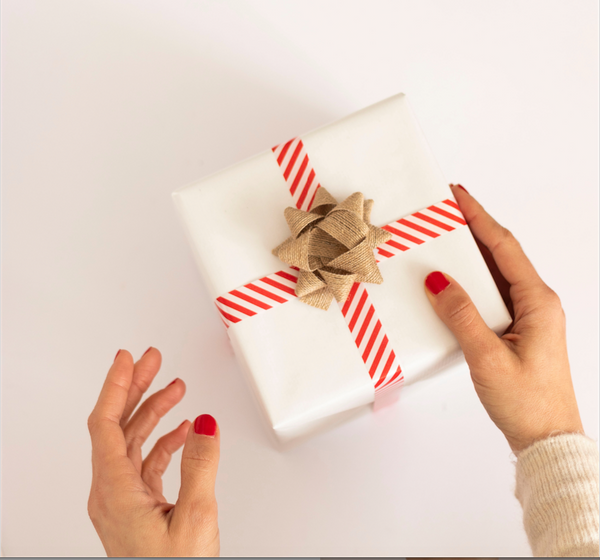