FOR DECADES, one of Savannah's favorite Halloween traditions was the annual Jinx-O-Ween concert and costume contest party at The Jinx on Congress Street.

Each year, local musicians would form one-off "tribute bands" just for that one show. The range of tributes ran the gamut from Ramones to Runaways, 2Pac to Janis Joplin, The Pogues to No Doubt, The Cure to The Cars. There was a Ventures tribute band called, you guessed it, The Dentures.

As with so many treasured cultural things, the pandemic dealt the event a serious wound, with the final blow coming with the closing of The Jinx altogether in summer 2020.

A very small, socially-distanced Jinx-O-Ween was held at Victory North in Starland in 2020. But the hallowed event has a full-on post-pandemic revival this year, also at Victory North.

"I always thought those Jinx shows were the best when you'd see a conglomeration of people on stage together that you might otherwise never see – or even dream would work together in any capacity," says Jim Reed, a veteran of many Jinx-o-Weens who is organizing this all-ages event on behalf of his promotion company, Knocked Out Loaded Concerts.

"You'd have folks from the hip-hop community alongside metal and indie-rock cats, or sometimes bar or cover band guys – who weren't really active participants on the original music scene that the Jinx showcased – who might never have played in that room before, and they were doing a great job and holding their own among folks one might more likely expect to see on that particular stage," Reed says.

"It seemed like the one night of each year where a true grab-bag of local musicians could be found having a really great time in front of their peers as well as a general audience – and thwarting expectations in the process."

Tom Worley – known to many as co-owner of Lone Wolf Lounge – is a veteran of several Jinx-O-Ween outings, as drummer and vocalist.

Thursday night, you'll see him in a Men At Work cover band, called – wait for it – Men At Work From Home.

"I love to dress up," Tom laughs. "But the main thing is this is a way for people who don't usually play together to be able to do something outside the scope of their usual gigs."

The Halloween tribute band shows, Tom says, give Savannah a chance to see many of their favorite musicians in unusual, often completely unique, musical settings.

"For example, I usually play drums, but I sang in the Duran Duran cover band," he says. "When we wanted to do Huey Lewis and the News, it turns out Eric Culberson has a voice a lot like Huey Lewis. So we got Eric up there without his guitar for once."

The conceptualization of the bands can run a gamut as diverse as the lineups themselves.

"Sometimes we reverse engineer it. We'll have an idea or a name and that comes first," Worley says. "In some cases it's like, this guy has a voice that's perfect for this particular band, and we'll go from there."

In any case, Tom says, "To be able to put a band together from scratch in about two months is pretty cool."

Despite the whimsical nature of the bands and of the event, Tom says it's no joke.

"You really do want to make sure you do the bands justice," he says. "But we do like to have fun with it. In our case we'll have some suitable backdrops, like Foster's beer and maybe some Vegemite."

Tom's business partner, Andrew Ripley, plays guitars and keys in Men At Work From Home, with the role of frontman Colin Hay taken on by renowned local musician Isaac Smith.

In the case of Men At Work – a band with a couple of enormous hits and not much else that's instantly recognizable to the general public – it can be an interesting challenge coming up with a 20-30 minute set.

"Obviously you've got to more or less book-end the set with 'Down Under' and 'Who Can It Be Now.' Everybody knows that," Tom laughs. "But if you look closer, there are tunes like 'Overkill' and 'Be Good Johnny' that are really awesome too, and that most people are at least a little bit familiar with."

For Tom and so many others participating in Jinx-O-Ween over the years, it's a real opportunity to showcase not only the musicianship and versatility of the Savannah music scene, but its true spirit as well.

"We have so many super talented musicians in this town. And you can still make a living here playing music. It's not like Nashville where there's a live venue on every corner, but you've got people like Andy [Ripley] who also plays in the Savannah Philharmonic, and people like Marc Chesanow who also plays in the Eric Jones Trio," Tom says. "There's a really strong gig culture in this town."

As an added welcome bonus, DJ KZL, aka Keith Kozel, will do DJ sets between bands.

The impetus to jump in for a full-on revival, Reed says, has a lot to do with Victory North's enthusiasm for the event.

"Brian Goldman at Victory North is a dear friend and someone who not only wants the best for the live music scene in Savannah, but has the background and experience to understand what is most likely to be successful in that venue," Reed says. "I was thrilled that he liked the idea, and then we just tweaked it a bit and ran with it."

Reed says this event, though held at Victory North, is also very much a tribute to the spirit of The Jinx.

"It was heartening that the Jinx's owner, Susanne Warnekros, and one of the managers of the Jinx, Tony Beasley, were both enthusiastic and encouraging of the idea. They understood that the only reason I decided to do this was because their club has yet to reopen, and that this is designed as a kind of place-holder until they do," Reed says.

"Once the Jinx is back in business in their new location, they will surely restart this tradition, and I look forward to taking part there once they do," Reed says.

"For this year, however, we hope to give folks a wonderful homage to their past events." 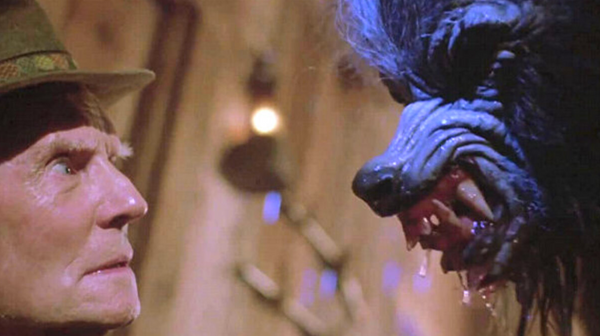 Ryan Graveface talks about his ambitious, multifaceted film showcase this weekend at the Cultural Arts Center -- along with some breaking news about his other ventures.