Six municipalities in the county will be voting on new mayors and city council members, voters in House District 165 will send two contenders to a runoff, and all voters will weigh in on ESPLOST.

It’s an off year for elections, which means turnout is predicted to be low, but these races are so important for your community. Read up on what you're voting on here.

Every five years since 2007, voters countywide have weighed in on whether or not to continue the one-percent tax on themselves called ESPLOST, or Special Purpose Local Option Sales Tax for Education.

And every five years voters have approved it. They probably will again.

On paper, the sales pitch seems straightforward enough: An extra one-percent sales tax goes just to the Savannah-Chatham County Public School System (SCCPSS) for capital construction and repair projects at its facilities. The take for each round of ESPLOST runs well over $300 million.

The good ol' Chamber of Commerce says that at least 35 percent of ESPLOST is paid by visitors to Savannah rather than residents, pr0bably closer to 40 percent.

And because it's a sales tax, that means the SCCPSS doesn't have to raise property taxes to pay for the new buildings (except SCCPSS very frequently raises property taxes anyway).

SCCPSS publishes a list of projects to be funded by ESPLOST. This time around the big ticket item is a brand-new Windsor Forest High School. Many of the remaining items on the list are facilities in West Chatham, by far the fastest-growing service area of SCCPSS.

If it sounds too good to be true, it might be. Each time ESPLOST comes up, SCCPSS spends your tax money on advertising and PR campaigns to get voters onboard. School system teachers and staff – a very sizable voting bloc – are encouraged to vote in favor.

The usual PR techniques are used to help sell the vote, such as calling ESPLOST a "penny tax" instead of what it actually is, a one-percent tax. Of course it's only a penny tax if you literally just paid one dollar for something. Math!

On a more serious note, what's rarely mentioned is the fact that by law no ESPLOST funds can be used to actually, you know, improve education outcomes in this very poor-performing school district in one of the poorest-performing states in the union. The funds must be used only for construction and upgrade of physical facilities – no salaries, no benefits, no extra hires, etc.

Critics say the emphasis on big-ticket construction projects – which often amount to a patronage system since, let's face it, almost all the money goes to contractors – takes the emphasis off where it really needs to be: What goes on in the classroom, rather than the classroom itself. – Jim Morekis

The race to fill Mickey Stephens’ seat is almost certainly set to go to a runoff, but tomorrow’s vote sets the field for the two contenders. The highest-profile candidates are former Mayor Edna Jackson and former member of the Board of Elections Antwan Lang. As has been extensively reported, Jackson is the oldest candidate and Lang is the youngest, setting the stage for a battle between young and old. The other candidates include Sabrina Greene-Kent, payroll specialist for ILA 141; Clinton Young, retired Army specialist and businessman; and Clinton Cowart, an actor (and the only Libertarian in the field).

The 501c4 group Georgians for the Arts sent a survey to each candidate about arts funding. Interestingly, they reported that the only candidates to respond were Jackson and Greene-Kent. Jackson said that arts were important in her own education and that increasing funding for the arts would be “a primary goal of mine.” She pointed to her influence in the construction of the Cultural Arts Center in her previous term. Greene-Kent cited her own background in the arts, primarily music and ballet, and supported a movement to get arts and music back into the educational system. She added, “Unfortunately, before any of this can happen it will be a little bit of a fight to get the Chatham County school system where it needs to be. Which I am willing to fight for better improvement of our children future and the future of our Art Culture [sic].” – Rachael Flora

So far the most dramatic race, the Port Wentworth election for mayor and city council is certainly one to keep an eye on tomorrow night. Early on, Julius Hall was disqualified from running for mayor because he hasn’t been out of prison long enough to have his rights restored. His name still appears on the Chatham County Board of Elections’ list of qualified candidates, but Mayor Gary Norton is now running unopposed.

Additionally, Jo Smith, running for the at-large post, says her campaign signs have been taken down—reportedly by Mayor Gary Norton, according to The Georgia Virtue, because of his support of her opponent, Linda Smith. Jo Smith said the removal of yard signs puts the Port Wentworth police in a challenging position of which signs to remove and which to take down. According to a post by the Facebook page Only in Port Wentworth, Ed Booth, the city manager, was seen putting some of the confiscated signs back on their original properties.

Last week, the campaign of Alfonso Ribot, running against Gabrielle Nelson for the Council District 1 seat, circulated a mailer that included endorsements from Sheriff Johnny Wilcher and Senator Lester Jackson. Sen. Jackson quickly took to Facebook to share that he had never actually endorsed Ribot and requested a statement from his team. Days later, Ribot issued a statement that he took Jackson’s “accolades for my work, my integrity, and my proven capacity to lead (as he stated) as expressed support for my candidacy,” and used that private support as an official endorsement—but defended his integrity and thanked Sen. Jackson for his "consideration."

Tuesday, Garden City will be electing three new members of council. Marcia Daniel runs unopposed for District 1, but there’s a tight race for District 5. The at-large position appears to be a new one, as it’s absent from the Garden City official website, and features a race between Bruce A. Campbell and Donna Williams.

Tybee’s City Council race will be important to the future of Tybee as development of Savannah's beach continues. John Branigin’s term is expiring without a challenge, but incumbents Michael “Spec” Hosti and Monty Parks are facing formidable challengers from newcomers Mack Kitchens, Elaine MacGruder, Marie Rodriguez and Brian L. West.

The Tybee political scene is notorious for being very cliquey, so it’ll be interesting to see who residents support and how they work with existing council and Mayor Shirley Sessions.

Clocking in at just 122 residents, Vernonburg is a small municipality that’s just establishing its city council with this race. James Hungerpiller will keep his role as intendant, or government official, and four people will vie for the city council spots, how many of which is unclear. 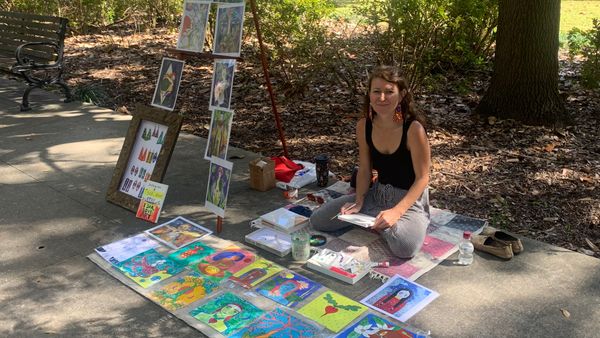 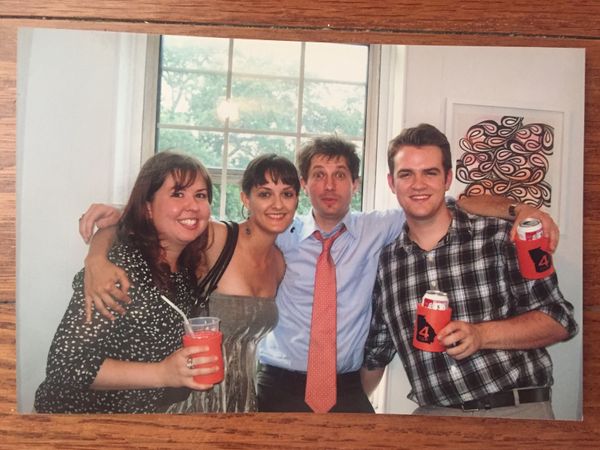