PROLIFIC SONGWRITER and guitarist Jay Van Raalte has been making waves in the Charleston music scene for some time now, and they're finally making their way down to Savannah for a show at The Wormhole on Friday, March 25.

Ahead of Van Raalte's gig, we caught up with the musician to learn more about their music and unique brand of rock.

For our readers who might be uninitiated with your music, what's the biggest thing you want people to know about what you do?

I'm just a kid who really loves music. I love playing rock and roll, and I also love blues, and folk. There's never a moment, on stage or on a record, that I'm not feeling 100% commitment to what I'm playing. I'm annoyingly detail oriented, which means I care deeply about every single note and lyric. Also, playing music is the literal most fun thing on the planet, and I can't believe I get to do it.

You've been working on a record with Matt Megrue producing, right? Tell me a bit about the record and what that process has been like

Yes! That experience exceeded even my wildest expectations, and was probably the highlight of my last few years. I fell in love with Matt's music a million years ago, when old bands of ours both happened to be on the same bill. We loosely kept up with each other after that, and when Matt put out a truly stunning record called The Mourner's Manual (which I believe you had a hand in creating as well- it's honestly one of my top 10 records ever), he called me to play guitar for the live shows. Sadly, we got 2 shows into the tour and the world shut down... I knew I didn't want to quit working with Matt, and that I really respected him as a songwriter and an artist. I'd been writing songs for years and had been flirting with the idea of self-recording my next album in the studio my dad and I share, somewhat-jestingly named Van Raalte Sonic Laboratory. Asking Matt to work on the record with me made complete sense.

Historically, I've been a fairly self-contained artist. On my EP Linearity, I wrote and played every single word, note, and instrument, with the exception of the drums (and a quick banjo layer from my dad). It's cool to be that hands-on, but I've also really been itching for some collaboration, for someone to hear things I never would have thought of. Matt was that person. He instinctively got the vision I had for the songs, and ran with it in directions that totally surprised me. It was a big step for me to put things on a record that I didn't play. There are guitar parts where I just handed a guitar to Matt or Dad and said "do something here." There's a song where all the guitar/drums/bass totally drops out in the prechorus in favor of a string arrangement Matt dropped in. And those are some of my favorite moments on the album! That absolutely couldn't have happened if I'd been working alone.

The other critical role that Matt played was cheerleader. I had intense moments of self-doubt throughout the process, about my songs, or my voice, or self-recording... Matt never stopped believing in me, but I also knew he was honest enough to tell me if something really wasn't working. I could trust myself, because I had another set of eyes making sure we didn't go completely off the rails.

As a songwriter, who would you say are your most prominent influences? Do you start a new project thinking about references and influences, or do you like to almost have a blank slate and let the songs speak for themselves?

I can't talk about songwriting without mentioning Jason Isbell. That guy is setting the standard for truly perfect lyrics, honest story telling, and a kick ass band. He's the standard in the back of my head every time I write a song. Tom Petty is another personal icon, for completely obvious reasons. I also love the more abstract, Michael Stipe style of songwriting. There's a Pearl Jam song, Daughter, which features the line, "Young girl/Violin/Center of her own attention." It instantly paints a picture, even though at first glance it's just a bunch of random words. For me, learning about songwriting was a process of reconciling these aparent contradictions. What makes "Live Oak" (Isbell) a great song, and why is "Country Feedback" (REM) also a great song, when they're nothing alike?

Another thing I've been getting increasingly interested in is the storytelling-effects of musical elements like melody or pacing or internal rhyming. I took a bit of a left turn into musical theater recently, first, because like everyone else in the world, I watched Hamilton during quarantine and was captivated. How did that guy write all of that stuff??? Then I randomly got pulled into write and record the guitar for an original rock musical, which was a whole education on its own. All of that gave me a much stronger apprecation for how those subtle nuances impact how a listener hears your song, which I've been trying to incorporate now in my own writing.

As far as how I think about influences, I try to let each song tell me what kind of song it wants to be and to take it to the fullest extent in that direction. I very rarely sit down with the intention of writing "this" kind of song today. But I do frequently use references when I'm communicating with my collaborators, like "I want this song to have the exact same vibe as Andy You're A Star by The Killers but I want the guitar tone to feel kind of like The Police here" and then I somehow expect them to see the connection between those two things. It all makes sense in my head! I promise! The fun challenge is figuring out how to articulate that so that everyone else also hears what's in my head.

You're such an emotive guitar player with a playing style that really comes across as unique, and I'm curious where that comes from. Did you grow up inspired by any particular players, and what has the process been like navigating your identity as a guitarist and not just trying to play like someone you look up to? That can be a challenging process but for you the individuality seems to have always been there!

I really appreciate that! I would say that I grew up inspired by music more than guitar players specifically, although I always knew I wanted to play guitar. It wasn't until I actually started playing that I got really into particular players. The Edge (from U2) is probably my single biggest influence, in terms of economy of notes, diversity of tone, and treating the guitar as a conduit for musical expression. On the completely opposite side of the spectrum, I also love Jack White. He gives 110% to every single note he plays, and that passion and aggression really comes through.

The final influence that kind of sums up my approach is Mike Campbell (from Tom Petty and the Heartbreakers). His dedication to serving the song is a filter I try to pass all of my own guitar playing through. My modern guitar hero is Laur Joamets, who plays with my good friends Drivin n Cryin and his newer project Lore. I honestly believe he might be the best guitar player on the planet. The dude is insane! Every time I see him play, I walk away inspired to immediately pick up a guitar (or perhaps never play one again- just kidding!)

Anything else you'd like our readers to know about you and your music?

Mostly I'd just like to say thank you. I'm relatively new at this "artist" thing. I'm far more comfortable in my "supportive lead guitar player role," and I wasn't really sure how much I'd like this new adventure. But the response we've gotten has blown me away, from people who write to tell me which song from Linearity is their favorite, to people in cities I've never been to before who stand in the front row for the entire show, to you letting me do this interview. So thank you! 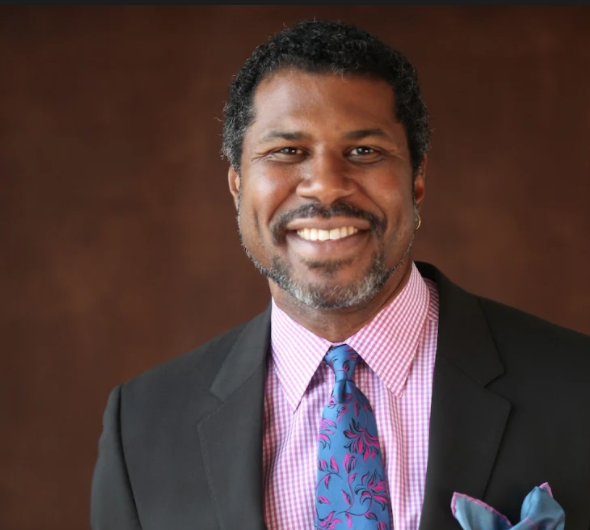 "There are large groups of people who don’t feel a connection to the Festival. I’ve already heard about 'the two Savannahs,' the Black Savannah and the white Savannah. But music is the thing that brings people together."

With the St. Patrick’s Day parade being canceled for the past two years, a truly huge number of people who just moved to Savannah still have no clue what Savannah’s signature celebration truly entails, because they’ve still never experienced it.