WHEN Sen. Sheldon Whitehouse talks with people along the Georgia Coast about the effects of sea level rise, the fact that he represents Rhode Island in the United States Senate is not the thing that surprises them the most. It’s that they are speaking with a senator at all.

“I can’t tell you how often I've heard people say, this is the first time I’ve met a senator. And these are people who are involved in their communities,” Whitehouse said on a mild afternoon at Skidaway Island State Park.

Rhode Island does come up, however, in his conversations. He said Georgians tell him, “It’s weird that the senator who I have coming down to care about my coast isn’t from my state.”

Some might advise a Democratic senator from the Northeast to stay in his lane when it comes to the topic of sea level rise and its impact on the Georgia coast, but Whitehouse isn’t about to do that for two reasons.

First, this particular lane is largely vacant, if you consider representation in the Senate.

“There’s a lot of knowledge and concern about what Georgia’s coast has coming, but that those coastal voices don’t seem to be reflected in Washington is a common refrain I’m hearing as I’m talking with people,” he said.

Whitehouse has been meeting with residents up and down the coast from Tybee Island to St. Marys in recent months and he reports hearing a consistent message.

“People get it. The coast is in real trouble. The threat is very significant. But they’re not feeling very listened to,” he said.

Sen. Kelly Loeffler has been mostly silent about climate change and sea level rise, according to the Southern Alliance for Clean Energy, a nonprofit founded in 1985. The organization has documented her criticism of the Green New Deal and some brief, but favorable remarks about Chatham Area Transit receiving a grant to purchase electric busses.

SACE has tracked Sen. David Perdue’s position more definitively, describing him as “an outspoken climate denier” and one of 21 senators who sent a letter to President Donald Trump urging him to withdraw from the Paris Climate Agreement.

The second reason Whitehouse is reaching out to residents in Georgia and other coastal states is to help his own constituents.

Whitehouse has been intentional about visiting red states, though it can be argued that label may no longer fit Georgia.

“I have, during the course of my time in the Senate, tried to visit most every state that has Republican senators and to try to understand their state climate concerns, figure out better ways to communicate with them, and try to get them to be more helpful,” he said.

Whitehouse was first elected to the Senate in 2006, having previously served as a United States Attorney and later Rhode Island Attorney General. During his tenure in the senate, he said he’s seen climate change turned into an “artificially” partisan issue.

“It’s basically a product of the fossil fuel industry. They pay for it, they build it. They set up this whole apparatus to make it look like it’s not them with phony baloney front groups and hidden money channels,” Whitehouse said.

It has not always been that way.

“When I first came to the Senate climate change was a bipartisan issue. John McCain ran for president carrying the Republican banner with a really good climate plank in his platform,” he said.

Whitehouse said he understands how demoralizing divided government can be for coastal residents who are desperately trying to convey their concerns to elected officials.

“People see partisanship and they don’t know what to do about it,” he said. “So, they throw up their hands and get frustrated. But when the partisanship is artificial and you can break the thing that makes it, there’s a chance for the partisanship to go away.”

He holds out hope that he can have “sober and factual conversations” with his Republican colleagues.

“There are people who try — on both sides of the aisle in the Senate — to work their way toward a compromise,” he said.

However, the pressure exerted to dissuade those who want to acknowledge the seriousness of the problem from doing so is intense. He likened his interactions with them to talking with prisoners about a jailbreak.

“They may want to escape, but they sure as hell don’t want to be caught planning it,” he said. “The fossil fuel industry doesn’t play around. They're harsh and clever and brutal, politically.”

Whitehouse is a member of the Senate Committee on Environment and Public Works and cofounder of the Senate Climate Action Task Force. Last year he was joined by Sen. Brian Schatz (D-HI), Sen. Martin Heinrich (D-NM), and Sen. Kirsten Gillibrand (D-NY) in introducing the American Opportunity Carbon Fee Act, which is aimed at reducing the nation’s greenhouse gas emissions, “by an estimated 51 percent by 2029 compared to 2005 levels” and generating, “an estimated $2.3 trillion over 10 years to boost the economy and aid American workers and consumers.”

He coauthored the bipartisan Save Our Seas Act, which was signed into law in October 2018. The law, “supports NOAA’s marine debris program, promotes increases in international cooperation on cleaning up marine pollution, and invests in combatting marine plastic pollution.”

In January the Senate unanimously passed the Save Our Seas 2.0 Act, introduced by Whitehouse, Sen. Dan Sullivan (R-Alaska), and Sen. Bob Menendez (D-NJ) to address the plastic debris crisis threatening coastal economies and harming marine life, and to build on the existing Save Our Seas Act.

Whitehouse had high praise for Georgians working to better understand sea level rise and its ramifications, including Georgia Tech professor Kim Cobb, who is leading a partnership with the Chatham Emergency Management Agency and the City of Savannah to install a network of internet-enabled sea level sensors across Chatham County. The goal is to collect real-time data on coastal flooding.

He said having state university scientists leading research on our coast is critical to convincing Georgians that sea level rise is real and the effects disastrous.

“It couldn’t be more local when you have Bulldog scientists working on the issue at the UGA Marine Institute on Sapelo Island. And Georgia Tech, same deal,” he said. “One of the things I often tell my environmentalist friends is, I don’t want to hear about it from any university that doesn’t have a state in its name. Take advantage of that local credibility.”

He also identified Hermina Glass-Hill, executive director at the Susie King Taylor Women’s Institute and Ecology Center in Midway, as an important voice sounding the alarm about the threats sea level rise poses to the environment, history, and culture of the coast.

“She is a leader in the local community and sees it happening to lower income folks who depend — perhaps more than anyone else — on a healthy ecosystem,” he said. “If you’re catching fish, not just for recreation but for food, and suddenly the fishery changes on you, that has a lot more impact than if you’ve simply lost a leisure activity.”

Paulita Bennett-Martin, who Whitehouse described as being “on loan” from Oceana, the largest international advocacy organization focused solely on ocean conservation, is Whitehouse’s climate and coastal communities project manager, and is based in Savannah.

“She really knows her stuff and cares very deeply about fixing this,” he said.

If the threats to Georgia’s irreplaceable maritime landscapes, historic places, and deeply rooted coastal cultures aren’t enough to make the case, Whitehouse has an argument that’s more pragmatic than altruistic.

“If you’re a charter captain and you can’t get to the fish you want to put your clients on, suddenly, that’s real,” he said.

“If you own a coastal home and no one will buy it from you because no one’s going to approve a mortgage for the next buyer, you’re selling into a small supply of people who can afford to pay cash and don’t need insurance. The market bottoms out,” he said. “And when that crash happens, it’s going to be as bad as the 2008 mortgage meltdown.”

What will it take to make people grasp the severity of the risk?

“When you get coastal businesses, coastal tourism centers, coastal municipalities, coastal homeowners, fishing folk, all seeing this is actually happening now and where it goes is really bad for them economically, that’s when you really start to win the argument,” he said. “If you put the economics up against the phony message coming out of the fossil fuel industry and start to debilitate the effect of that message, that’s when you win and it becomes bipartisan.”

Whitehouse said there’s not a moment to waste.

“The key is that we’re in a race against time and time is not on our side,” he said.

Still, there are opportunities to enact positive change if we are alert to them. According to the U.S. Environmental Protection Agency, the transportation sector is the largest source of greenhouse gases, accounting for 28.8% of emissions in 2018. However, a study published in the journal, Nature Communications, found an abrupt 8.8% pandemic-related decrease in global CO2 in the first half of 2020 compared to the same period in 2019. While subsequent studies suggest the decrease will be short-lived, it hints at possibilities for more sustained emissions reductions.

For instance, if a person has been doing their job just fine from their home office in Effingham County, when the pandemic ends should they be compelled to resume commuting 90 minutes every day to sit at a desk in Savannah to do the same job? Or might employers be open to more flexible arrangements going forward?

“There are an awful lot of ways to help that also improve quality of life, like —as a lot of people have discovered— telecommuting or getting around town on a bike,” Whitehouse said.

He has advice for Georgians who are worried about their livelihoods, their homes, and the places that have been important to their families for generations: 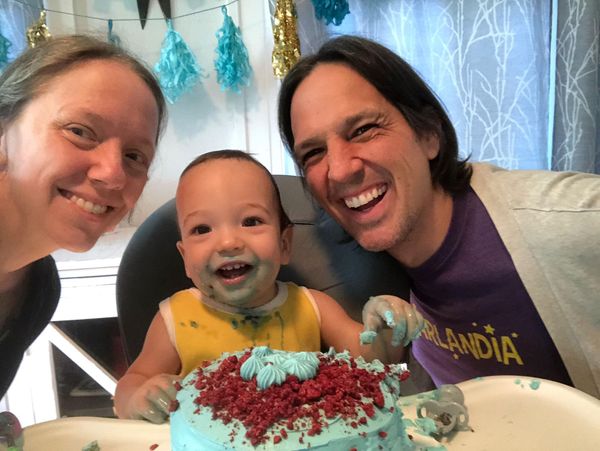 "You have to find a way to not let parenting take over every aspect of your life but you also can’t ignore it. So how can we take two things we love and smash them together?" 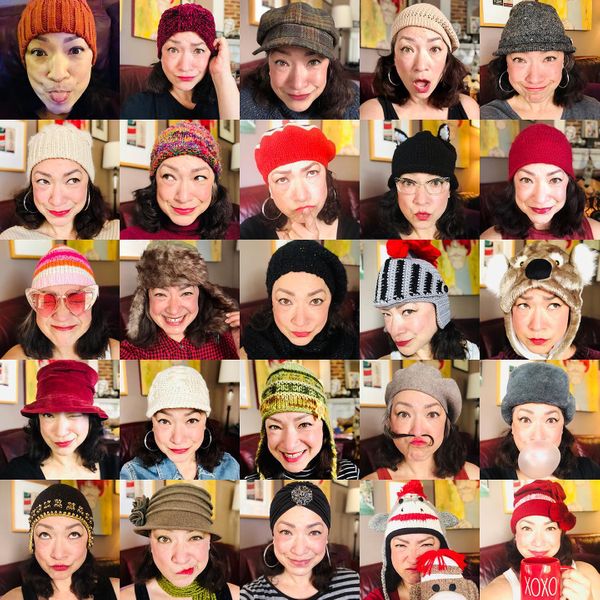 A wide-ranging talk with one of Savannah's most prominent theater veterans.