ON Jan. 21 U.S. Sen. Roger Wicker (R-Miss) convened a hearing in Room 253 of the Russell Senate Office Building. The hearing’s sole witness was “Mr. Peter Buttigieg of Indiana” and its purpose was to consider his nomination as secretary of the United States Department of Transportation.

(Note: Buttigieg was officially confirmed by the U.S. Senate on the afternoon of Feb. 2. The vote was 86-13.)

For people who care about safe streets, walking, biking, and transit, there was a lot to like in Buttigieg’s testimony, including references to Vision Zero and Complete Streets.

In his opening statement, he said, “I believe that good transportation policy can play no less a role than making possible the American Dream, getting people and goods to where they need to be, directly and indirectly creating good-paying jobs.”

It was a fairly anodyne remark that might have been made by any number of USDOT secretary nominees over the last several decades. It’s what he said immediately after that signaled a notable departure from the status quo.

“But I also recognize that at their worst, misguided policies and missed opportunities in transportation can reinforce racial and economic inequality, by dividing or isolating neighborhoods and undermining government’s basic role of empowering Americans to thrive,”
Buttigieg said.

Even before the hearing the American Public Transit Association issued a statement praising his nomination on Dec. 15, 2020:

“President-elect Biden has selected an outstanding nominee as Mayor Buttigieg brings a wealth of knowledge to DOT and will be a strong leader for the Department. As Mayor of South Bend, Indiana, he worked closely with the South Bend Public Transportation Corporation during his two terms and understands the power of public transportation in meeting the social and economic needs of communities. His tenure as mayor saw an emphasis on a Complete Streets approach and green transportation initiatives and, as a 2020 Presidential candidate, Buttigieg outlined an infrastructure plan centered on a ‘Vision Zero’ policy.”

Following are reactions to Buttigieg’s nominations from local, state, and national leaders on transportation and urban issues.

Initially, I was very unsure about Pete Buttigieg’s nomination for transportation secretary. There was not any particular person I had in mind for the position, but my fellow Indiana native just wasn’t on my radar for it. But as I went back, and pulled some comments and the Infrastructure Plan from his campaign, I felt a lot better about the nomination.

Pete does not seem to be an avid cyclist himself, but understands the logic of increasing resources towards a less car-centric country. He’s spoken about Vision Zero, something that has been discussed often among myself and colleagues during my involvement with America Walks’ Walking College. And for what it’s worth, he’s even made a trip to Copenhagen and Amsterdam with a previous secretary of transportation to explore how one of the biking capitals of the world handles multi-modal transport.

Of the many promises Pete has made since being named, I think the most important is his comments on dismantling freeways that were built with the intention of disrupting Black neighborhoods throughout our country. Health and a wealth inequity were made worse by those decisions many years ago and it’s encouraging to have Presidential cabinet member admit this and vow to begin the work to undo it.

During his Senate confirmation hearing, President Biden’s nominee for U.S. DOT Secretary Pete Buttigieg’s comments signaled a change in federal transportation priorities. Safety, jobs, climate — and trains — were the terms of the day. Buttigieg emphasized his “bottom-up” perspective as a mayor and we hope this experience will motivate reforms of federal transportation funding that benefit sustainable transportation projects and urgent local transit needs.

From the role of the transportation sector in climate change to the “misguided policies” of highway subsidies and urban renewal, Buttigieg hit many of the notes advocates wanted to hear.

It’s refreshing to hear Buttigieg call out the role of federal transportation policy in creating disparities that continue today with highway funding and placement decisions on CNN: “It’s disproportionately Black and brown neighborhoods that were divided by highway projects plowing through them because they didn’t have the political capital to resist… We have a chance to get that right,” and on Twitter. We will be following this issue closely as Atlanta neighborhoods continue to grapple with the high asthma rates, unsafe streets, and other harms caused by highways that cut communities in half decades ago.

Rebecca Serna is executive director of the Atlanta Bicycle Coalition.

I was thrilled to see Pete Buttigieg’s support for Complete Streets and commitment to addressing past damages to our communities from auto-centric infrastructure during his Senate confirmation hearing. This is the first time in my line of work that this level of support and commitment has been brought to the “main stage.”

Transportation planning and investment has historically disconnected and divided communities, particularly communities of color, and prioritized the people moving through a neighborhood over the values of the people living in that neighborhood. In Savannah we can see that auto-centric planning in the division created by the I-16 flyover into downtown, in the lack of sidewalks on 70% of our streets, and in the continued high motor vehicle speeds on many of our neighborhood streets.

In particular, tactical urbanism traffic calming projects in South Bend are a great example of the quick work that can be done to repair community relationships and address speeding concerns in neighborhoods.

We were pretty optimistic about Buttigieg’s nomination. The League  has long supported local control and getting transportation dollars to mayors because, in general, mayors have understood how improving bicycling and walking can help a city address concerns of congestion, air quality, and access to transit.

More specifically, there were a number of positive changes to South Bend during Buttigieg’s time as Mayor. The city became a Silver level Bicycle Friendly Community, won a complete streets award from the Obama administration, changed zoning and did a road diet to slow traffic down town, and make the city more livable.  It was part of the formula that helped South Bend beat the odds and grow population and improve the economy during that time.

In the hearing he proved to be very knowledgeable about a variety of transportation topics. We appreciated the questions from multiple senators about the need for improving bicycling and walking access and safety, and funding. Buttigieg responded by saying our transportation system has been too auto-centric, and expressed his support for the role complete streets had in revitalizing South Bend.

While there was discussion regarding climate and transportation, most of it was focused on jobs and electrifying fleets. I would have liked to hear more about the role of land use and smart growth in reducing vehicle miles traveled and greenhouse gas emissions. California has made great strides in electrifying its fleet, but has failed to reduce GHG because vehicle miles traveled keeps growing.

Bill Nesper is executive director of the League of American Bicyclists.

Based on the way Secretary Buttigieg frames transportation – that it should make progress on climate, jobs, justice, and equity – transit on the Atlanta BeltLine is the best investment in the entire country. It will deliver those outcomes in spades.

It’s refreshing to see someone in America’s top transportation job talk about it in such a holistic way. So often we talk about transportation in terms of traffic and efficiency, but the better question is, “what kinds of lives do we want?” Transportation infrastructure is so important in delivering the answers to that question, but we rarely ask it.

Transportation should be put in service to our values, and it sounds like Secretary Buttigieg understands that at a fundamental level.

I guess it is counterintuitive for some people, but it is so smart to lead transportation with a focus on climate, job creation, and justice. Transportation is infrastructure that does more than move people around. It helps us live the lives that we want and support the values we hold.

Ryan Gravel is an urban thinker, designer, author, and builder – an entrepreneur working on ideas about the future of cities. Best known for his master’s thesis and early work that launched the Atlanta BeltLine, his work centers on strategies for change that advance a broad, inclusive vision for communities.

The day after Pete Buttigieg’s nomination to be Secretary of the US Department of Transportation, the National Association of Black County Officials/National Organization of Black County Officials hosted a “virtual" fireside chat with the former Presidential candidate and Mayor of South Bend, Indiana. This was Buttigieg’s first public appearance as a nominee — alerted to us by Caron Whitaker of the League of American Bicyclists — and I jumped at the chance to hear what he had to say, especially to a group of elected officials from whom transportation is a vital issue in their communities.

One of the things that stuck out to me was his understanding of the challenges that smaller cities/counties face when it comes to transportation. While larger metro areas may get funds for transportation projects through their federally designated metropolitan planning organization, smaller regions (under 200,000 residents) and other jurisdictions compete for funds for projects like the Transportation Alternatives Program, used for bicycle and pedestrian infrastructure through their state DOTs.

A number of other appointments are from cities like Minneapolis and Portland. But cities like Macon, Augusta, and Savannah have incredible transportation needs, especially as it relates to getting around without a car, and may have an ally in Buttigieg as someone who both lead a smaller city (population 102,000 or so) and understands the importance of biking, walking, rolling, and transit not just for equitable transportation but also for community health and vibrance.

It’s as important to think about the impact of Pete Buttigieg serving as Transportation Secretary on small- and mid-sized communities. It means looking at how we’re connected as a nation, possibly breathing new life into parts of the country viewed as less critical.

It’s also necessary to view this as an opportunity to leverage other needs, like a national upgrade of our power grid and the need to expand access to the internet as crucial for any significant changes to our economy and society. Someone willing to break the system in order to fix the system seems necessary right now.

As Buttigieg was willing to suggest controversial policies like congestion pricing as a presidential candidate, he hopefully understands the impact of such a move on smaller communities. It implies he’s willing to improve how people can move around where they are — finding ways to improve existing bike and walking trails, supporting the expansion of services like Amtrak (which released a statement of glowing support for his appointment) and Greyhound, and implementing improvements to allow for ease of movement for retail goods when necessary.

It gives me hope for small and mid-sized cities, enabling them to be realistic options for those who may not want to return to life as it was pre-pandemic. It also means better access and opportunities for historically underserved communities throughout the country.

If he’s able to demonstrate how these changes are beneficial for everyone and how they’ll lead to a better way of life, we will see the most significant economic engine for commercial districts across the country in a generation — and one more attainable for more people.

André Natta is a Birmingham, Alabama-based journalist and consultant, and a former Savannah Development and Renewal Authority staff member. 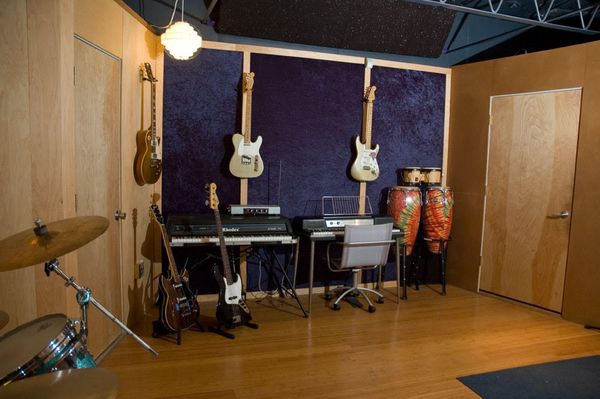 "Live music, that's what it's all about. Records are great, and I get to make them, but that connection between the artist and the fan has been kind of cut off for almost a year now." 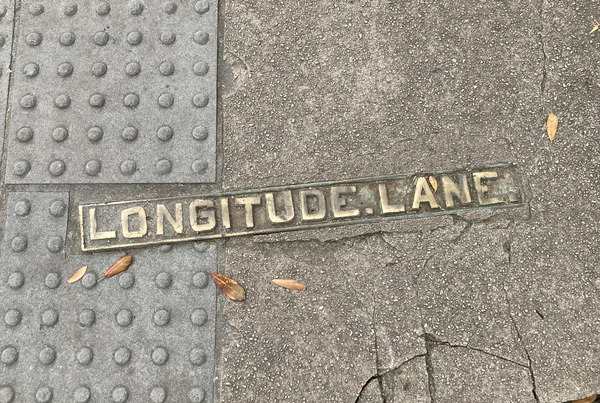 I did want to share a few particularly interesting discoveries here as either a sneak preview of the new book, or just a (hopefully) enlightening read on its own.