WITH over 200 shows a year over 15 years under their belts, it’s safe to say Reverend Peyton’s Big Damn Band loves hitting the road.

The three-piece from Brown County, Indiana, just released the album “Dance Songs for Hard Times” last year, and now that the world is beginning to open up again, they’re on the road again touring the album—just the way they want it.

We talked to Rev. Peyton himself last week to learn more.

Now, first of all, I saw on your Wikipedia that you play up to 250 shows a year. Is that accurate?

Well, when we first started we played 300 shows a year. We did 250 shows for a while. It’s definitely not going to be that this year, partially just because the way what remains of the live music business is just kinda not the same. Things are different.

We do a lot of shows—that’s our bread and butter since we started. We lived on the road since we began touring and we always think of it like this: we have to go out there and make it happen, one fan at a time. And part of that is we have to get out there and tour.

Have your feelings on touring changed since you started? Are you still in love with it?

I still love being on tour. I love getting out there with the band and crew and everybody’s keys are janglin’ like spurs. We come into a place and everybody’s like, “What is this? Are these people a band, or what is this? What’s going on here?” I love that. It’s like being in a gang but instead of tearing stuff up or raising too much cane, you’re playing music. I love traveling around and seeing people, I love playing music, I love recording, I love everything—but there’s nothing like live. It becomes bigger than the sum of its parts.

This might be sort of an unpopular thing to say, but I grew up going to church and the great thing about live music is that communal experience you get is kind of similar to that Sunday morning experience. It transcends the space. I think it just is about human beings coming together in a positive way. Maybe there’s a little bit of some metaphysical thing when it comes to the vibrations of music itself. When people get together in a positive way, it just raises everybody up. And I’ve found, in the last couple years anyway, there’s nothing that could replace it.

You asked if I’m still in love with it, and the last couple years have proven to me that I am. I wasn’t one of those people that was like, “Man, you know what, sitting at home is great. I’m going to change my career.” Because a lot of people did! They were like, “After all this, I think I want to do something different with my life.” And that’s fine, but that ain’t me.

You’re like, yeah, the road was made for me.

I love to fish. We travel with fishing rods and all manner of stuff, from mountain trout to deep sea. We’ve played in 38 countries, I’ve fished in 20-something of them. I love it. And when COVID was really young, we were trying to figure out what to do. I got my fishing guide license and was taking people out fishing, guiding a little bit. I was jealous—I know all these people that are fishing guides all over the world and I’ver been lucky enough to go fishing with so many professional guides, and I was always jealous of them. Man, fishing for a living, that’s the way to go, that’s the life. And then when I actually was out there fishing for money instead of for fun, I was like, “No, I want my guitar back. This isn’t what I was cut out for. I don’t want to be a guide, I want to make music for a living is all I want.

I love your comparison of playing a show to being like church, because I think it really is like that.

And it’s a positive thing. That’s what’s so great about music: people can come together and they can really lose themselves to the music, they can get wild, whatever they’re gonna do, and it’s always a positive experience. I think about times of my life when I’ve been to see shows, and there’s just so many great bands out there right now.

Music has actually probably never been better. There are always people who are like, “Man, music used to be this”—no, that’s stupid. There are so many great artists right now, people making new music that’s so good; that shit’s ridiculous. If people think there’s no good music out right now, they’re just lazy. They just have to admit that they’re lazy and they have to decide they don’t want to seek out music, they liked it better when the radio spoon-fed them stuff, and now that doesn’t happen anymore. And that’s well and good, they can be lazy, but for me, music is still my passion.

I know there’s so many good bands out there, but even at times when I’ve been to a live show or a festival and the band was just mediocre, I still have a great time. That’s what’s so wild about it: I still usually find something about the music and situation that is positive. At a reputable festival or a reputable venue, very rarely is a band gonna be just bad where you go, “That band’s bad!” And most of that is subjective, anyway.

That seems like it’d be freeing because as a musician, you may judge your show pretty harshly, but to the fans, it’s all great. Do you feel that way?

This may sound conceited, but we take it so seriously and we work so hard on it that we know we’re going to put on a good show. That’s what I know: our show is gonna be great. The things that get ya are when there’s an issue with the sound or the equipment is failing, those things can get you and get in your head. But you gotta remember that for the fans, that kind of stuff is fun. Sometimes when you break a string, that’s an interesting thing that happened for that show. And while that might be stressful for me on stage, to the fans, it isn’t really that big of a deal to them. It’s not a disaster; it’s just an interesting thing that’s happened.

What can fans expect from your set?

What you can expect from us is real, handmade music. We play from the heart. We have built this up to a career from the dust of nothing, so without any wealthy dad funneling money or some big break. We had to do it like just going out to places and playing for nobody until people started showing up because the word of mouth spread on its own. We had to do it the hard way, but it’s made us really good. Our live show has been honed to this sharp edge because of the hard rigors of the road and that life.

You just put out “Dance Songs for Hard Times” last year. Tell me about your approach to writing that album.

I’d been working on a record, and then COVID happened and I felt like everything was different. I needed to go back to the drawing board. Short version is, everything shut down and our whole career, everything we’d ever done was shut down. Breezy got really sick; she has permanent scars on her lungs, but they said it might not actually affect her. Our power went out for three or four days. There was one period of time where things were just really rough.

I started writing all these songs—they were pouring out of me. And then I was like, I think these are good songs, and I played them for everybody and the band was like, “Yes, we’ve got a record here.”

We had the working title “Dance Songs for Hard Times,” just because of the way the world is. We were able to go into the studio and make it happen. I was really excited about it. It takes a while to get things out, and then it was taking a chance on that. Some people were like, “Maybe you should wait until the music business is moving a little bit more,” but I was like, “No, I believe in these songs and I want to get this out.”

When it came to naming this record, “Dance Songs for Hard Times” was the working title, but I was like, no, that’s the name of this record. That’s what this is. I think this is our best record, some of our best stuff, and people deserve to hear the best stuff. 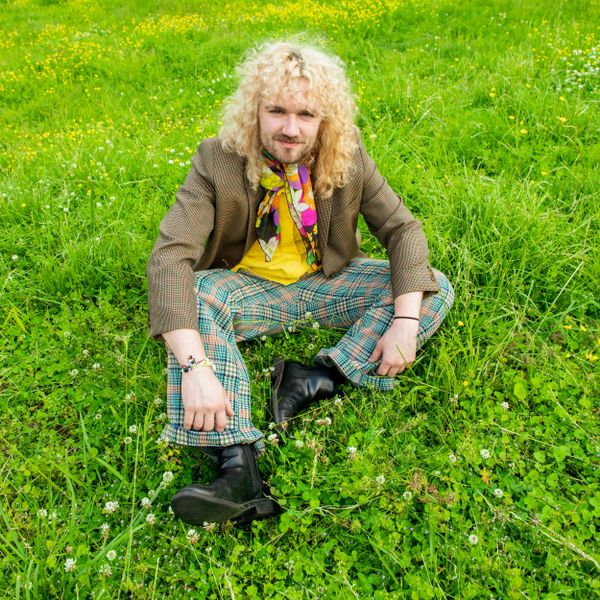 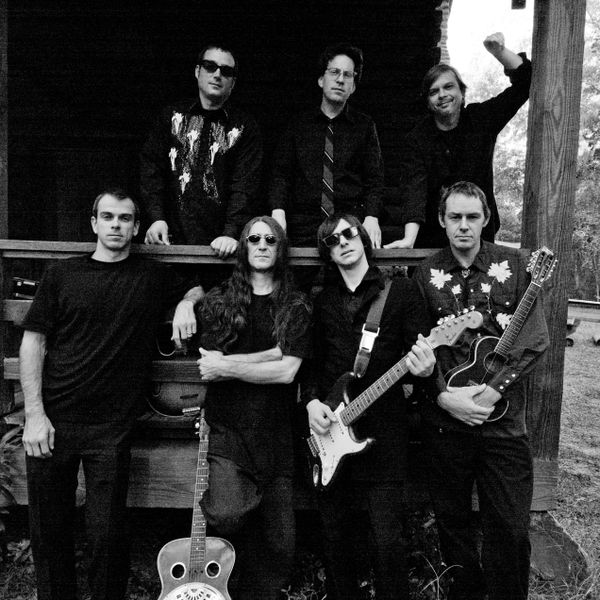