THIS midterm election has a little something for everybody:

A rematch between now-incumbent Gov. Brian Kemp and Stacey Abrams;

A battle between incumbent Sen. Raphael Warnock and Herschel Walker, with control of the U.S. Senate again possibly in the balance;

And what seems to be an unusually competitive challenge to incumbent Rep. Buddy Carter from Wade Herring.

Way down your ballot, however, is an item which if it passes or fails could arguably have more real-world impact on your everyday life than any of the above partisan battles:

The vote on a new one-percent Local Option Sales Tax going to various transportation projects in Chatham County, or TSPLOST for short.

If passed, the TSPLOST measure would collect roughly a half-billion dollars for the projects.

If passed, it also would raise your total sales taxes to 8 percent of each dollar spent locally, during a time of already-rampant inflation.

With so much money at stake for so many contractors and various other interests, it won't surprise you that a lot of money is already being spent to ensure passage of the new tax.

A high-quality and obviously well-funded website gives you an excellent overview of the various projects on the "approved" list -- that is, approved by the various municipalities impacted.

I highly encourage you to peruse that website for specifics about the proposed projects to be funded by TSPLOST.

The usual op-ed battles are taking place, between the local Chamber of Commerce -- which has dropped a lot of money into lobbying for this TSPLOST -- and the usual anti-tax forces who routinely oppose any new tax as a matter of principle.

The ultimate choice will be yours.

But the battle over TSPLOST isn't taking place in a vacuum. It has an interesting backstory, and is part of a wider struggle between local governments.

The main subplot has to do with another sales tax, just called LOST. It is an existing sales tax split up between the Chatham County government and various municipalities.

LOST is a big deal, collecting about a billion dollars in each ten-year term.

Chatham County Commision Chairman Chester Ellis wants a larger share of LOST for the local county government, which has stalled negotiations, mostly between himself and the biggest dog on the block, the City of Savannah government.

Long story short, if the parties can't agree then it's possible that LOST will be allowed to expire -- and local property taxes could rise dramatically to make up the revenue gap, even as your sales taxes go down by one percent.

Any realistic cost/benefit analysis by the taxpayer about voting for a new sales tax would need to take into account the distinct possibility of higher property taxes.

Chairman Ellis is also at the center of a more specific controversy about the proposed TSPLOST, specifically his "One Chatham" initiative.

One Chatham, simply put, would take about $10 million out of TSPLOST and put it into a contingency fund -- critics say it's more like a slush fund -- for the County to spend as it sees fit.

While the $10 million itself is a negligible amount in the grand scheme of things, the fund has provoked criticism about how the tax money would be used, not to mention questions about how the fund squares with existing state law about taxes approved by referendum.

In addition, not even Savannah City Council is unanimous in supporting the new TSPLOST.

As we reported in July, the Council vote to approve the Savannah project list passed with a 6-3 vote.

"I'm not remotely interested in passing on an additional tax to our citizens in that we still have SPLOST dollars that are outdated and have not been spent," said Alderwoman Gibson-Carter during that meeting -- basically inferring that the local government probably shouldn't be trusted with a new tax when they already have issues managing existing ones.

It's true that a previous attempt at TSPLOST failed back in 2012 in a 60/40 vote that wasn't even close. But to an extent that's an apples-to-oranges comparison, as that effort was at the state level and much more complicated.

The current TSPLOST proposal on your ballot is only for Chatham County voters. 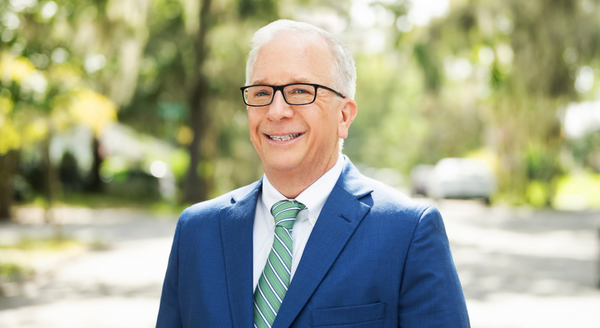 THIS FALL, Representative Buddy Carter will face his most formidable opponent in years: Wade Herring, a family man who values kindness and compromise. A constituent of Carter’s who attended