IF A SCREENWRITER came up with this idea, Hollywood might reject it as too implausible:

A 25-year Marine veteran of several combat tours in Iraq and Afghanistan returns home to Indiana with severe PTSD and a psychopathic hatred of all Muslims.

He makes serious plans to blow up the local mosque, hoping to kill "at least 200, maybe more" Muslim worshippers inside.

Instead, the Marine is welcomed by that same Islamic community, abandons his hate, and converts to Islam.

Except this is a documentary.

Stranger At the Gate is about the entirely true story of Richard "Mac" McKinney, his remarkable journey, and the remarkable people of the Islamic Center of Muncie who welcomed their potential killer instead as a friend.

You could say that the real heroes of the story are the members of the Islamic Center's congregation, such as Saber Bahrami and his wife Bibi, refugees from the Soviet invasion of Afghanistan; and Jomo Williams, an African American convert to Islam whose great-grandfather was lynched by a white mob.

Stranger at The Gate screens at Service Brewing this Thursday as part of this year's Veterans Day edition of Mountainfilm on Tour Savannah.

I spoke with director Joshua Seftel about his remarkable short film, part of his extended series of shorts called The Secret Life of Muslims.

The arc of redemption in this story is almost too good to be true. Did you ever think that at any point while making this film?

It does sound like a movie. One of the top comments on YouTube about the film is, "Why is this not yet a major Hollywood picture?" It did cross my mind. But then I met Bibi and Saber. I heard their story, and then I heard Jomo's story. I heard them describe the day Mac came to the mosque in a T-shirt and all those tattoos, demanding that they "tell me about Islam." They all had the same account. The story's just insane.

Not to take anything away from the congregants of the Islamic Center, but featuring Mac's family adds the final piece of the puzzle to the film. They are almost heroes themselves.

Mac's daughter Emily is definitely a hero of the film. She is one of the most important characters. She stood up to him, despite only being like 8 years old. She got him to look into the mirror.

They say that the people closest to these attackers and mass shooters are the ones with the greatest chance of changing them. She found that tiny chink in his armor that made him change course.

Mac's family adds a lot of richness to the story. He becomes a bit more relatable, as someone who wants to love his wife and his family, as someone who genuinely cares what they think about him.

You met Mac after his conversion to Islam. But at any point were you disturbed by talking to someone capable of planning such a heinous, monstrous act?

Sure. But as a documentary filmmaker, I've met a lot of crazy, and fascinating, people. I've been in the room with people who've killed other people. I've been in the room with neo-Nazis. There's a feeling you get when they first walk in the room, kind of a chill. You're like, wow, this person's been to a really dark place. But that sort of melts away after a few minutes. Mac became a person to me after awhile. That's usually what happens in my experience.

It seems like maybe the most important trait of a documentary filmmaker is to be a good judge of human nature.

You have to have curiosity. You have to want to talk to just about anybody. That's when you find the best stories. And you can't go in with judgment. The filmmaker who judges first before talking to people is a bad filmmaker.

Were you convinced Mac really meant to carry out his plan to blow up the mosque? Were you ever like, I don't think this guy was really capable of actually doing it?

Well, he's a pretty scary dude! When he recalls it in the film, it feels very intense. I have to go with what Saber and Bibi said about him: That they were scared of him, but also saw his vulnerability. That's why they let him in.

Ultimately this story is about shared humanity. It's not a story about religion. They were so kind and compassionate to him that they changed his mind.

This screening is part of a Veterans Day event. Is the fact that Mac is a veteran essential to the story, or could it be told regardless?

I still would have been very interested in the story regardless. Mac's military service is one layer of the story. There's a story there about how we prepare veterans for reentry into civilian life. Do we owe them more than what we're giving them? That's not what the film is about, but it does lift the lid off that a bit.

Mountainfilm on Tour Savannah’s annual Honoring Our Veterans is scheduled for  Thursday, November 10, 2022. The  program at Service Brewing Company will include seven documentary short films, including Breaking  Trail, Stranger at the Gate, Loon, Eco-Hack! and Powder Snow Hokkaido.

The event will kick off with a social hour at 6:00 PM, with Service Beer and food trucks. Showtime is at  7:00 PM.

The event is free to all veterans. General admission is $25.

In some purchasing circumstances, it would be better to put the item on your credit card rather than use a buy now, pay later app—but it depends on the fine print 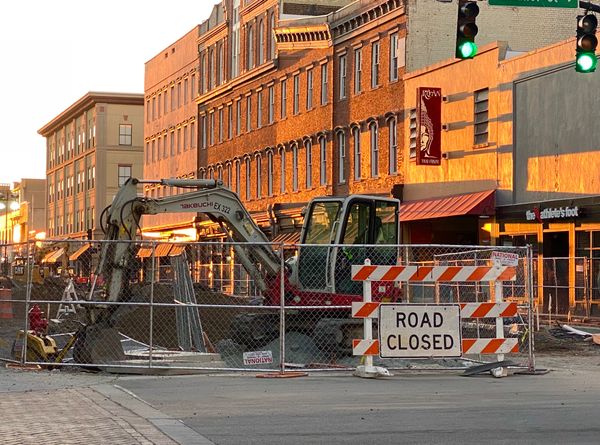 'Was I a part of Savannah or did I choose to hide from it these days, dreaming of leaving because it was a city I know longer recognized?'