THE elections are fast approaching, and once again Georgia has garnered attention for not only notable candidates, but also holding a lot of power within our election results.

The tight race will heavily influence the nation's Senate and House. Empowering voters to exercise their rights starts with educating them on exactly what those rights are. With efforts such as Stacey Abrams’ Fair Fight initiative, it has become increasingly easier and more popular for all Georgians to register, with over 1.4 million new voters having registered over the past four years according to the AJC. With the increase of voters and impassioned Georgians, The Savannahian wanted to dive deeper into the minds of a particular group: young voters.

Focusing on voters 25 and younger, we surveyed and interviewed several Savannah voters to better understand what is important to them and what challenges they face. One of the questions we asked was, “Do you agree with this statement: It is easy for me to find information on local candidates and issues.” Interestingly enough, the responses were 50/50. In the digital age, it has never been easier to simply search a topic and get millions of various government sites, personal blogs, and vetted news sources on the subject. But that is exactly what seems to make so many young voters uncomfortable. Research is more than reading an article. It is fact checking, vetting the authors and sources, and analyzing your own bias. And our young voters say they don’t know how to effectively do this with so much digital information at their fingertips.

Our survey also shows that the main way young voters receive their news is via social media platforms. This aligns with global trends. According to the Pew Research Institute, young people are extremely wary of traditional news sources like television, perhaps due to the sensationalization of news. According to Reuters Institute, young people 18-29 mainly use social media networks like Facebook, Twitter, and Instagram, with TikTok quickly becoming more popular with teens and those in their early 20s.

The issue with this is that the social media is extremely user experience oriented. This means a voter is more likely to be shown posts that align with their current beliefs. Confirmation bias often makes it difficult to weed through the inundation of information, another concern of our young voters.

The other half of our survey takers don’t relate to this, however, and agree with the statement. In fact, many believe it has never been easier to research and research effectively. One of our survey takers elaborated, “People have always had to make an effort to vote.” She feels that social media is not a comprehensive resource and that it is best to actively search for information on a topic. So where does she get her information on politicians if not on social media? She goes straight to the source, like candidates' campaign websites or public broadcasting sites.

There are more challenges facing young voters here in Savannah than research and reliable news. When asked what challenges they face, one survey taker put it simply: “Respect.” This succinct sentiment is also reflective of national feelings. According to the New York Times, young adults are not interested in politicians due to extreme age gaps which makes politicians seem out of touch with reality. Regardless of political affiliation, young voters feel they are not represented.

It is easy to understand when you take a deeper look into the topics that interest our survey takers. According to our survey, voters are less interested in the economy and more concerned about the environment and housing. The attention these topics get is heavily influenced by who is voted into the House and Senate.

Once again, Georgia has become a state to watch due to its midterms ability to majorly change the House and Senate. For instance, Senator Raphael Warnock and Herschel Walker have similar approval ratings among registered voters according to NBC News. The key difference between their demographics: age. Younger voters lean liberal, according to a recent survey by Harvard’s Institute of Politics.

Despite that trend, “Nearly half said they did not think their vote made a difference,” according to the aforementioned poll done by the New York Times. Combined with these feelings, it is understandable why our young voters feel confused and disenfranchised by the current political climate.

The good news is, this doesn’t seem to be enough to deter young voters from heading to the polls. Our survey showed every single participant answered yes when asked “Is voting important to you?” Last year, Tufts reported that half of young, registered voters did in fact vote in 2020, a 39% increase from 2016. And researching candidates and political issues is easily demystified with sources like georgia.gov, candidates websites, and cross examining different news outlets.

Resources for the reader: 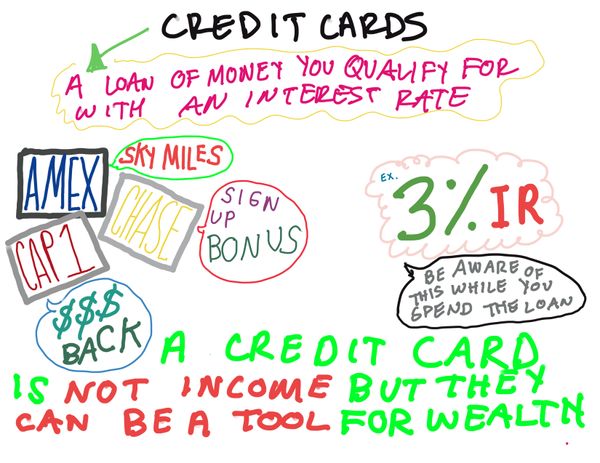 People can tend to think of credit cards as an 'extended income,' but this isn’t really a solid strategy 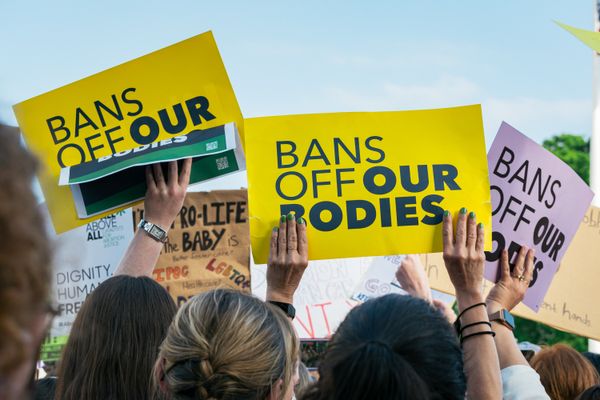 With a week and change left in early voting until Election Day on November 8, will more voters turn out to try to preserve abortion access?