LESS THAN two months after fully reopening Broughton Street to vehicle traffic after three years of construction, the City of Savannah says that beginning this week, it must tear up and repave the entire portion of roadway from Whitaker to Drayton due to substandard pavers that had been rushed into place.

Rushed into place intentionally, by the City’s own admission.

“In an effort to reach substantial competition [sic] ahead of the busy holiday season of 2022, the City of Savannah made the decision install [sic] an alternative road paver which was readily available within the blocks between Whitaker and Drayton,” reads a notice recently given to impacted business owners in the area.

“This decision was made to ensure all of our business [sic] and residents would be able to enjoy historic Broughton St. with minimal construction impact during the holidays.”

The pavers that were installed, however, can’t hold up to the load.

“It was our hope that these pavers could withstand vehicular traffic, but after careful review of these alternative pavers it has been determined that they will not meet traffic standards and will need to be replaced with a higher rated paver,” reads the notice from the City.

The City confirmed with The Savannahian that the decision to use the lesser-rated pavers was intentional, and made prior to Broughton Street reopening to traffic on Nov. 18, 2022.

“The vehicular brick pavers were delayed due to effects of the supply chain and had a January delivery date. To support businesses and reopen Broughton Street to traffic prior to the holidays, the decision was made to use the readily available sidewalk brick pavers temporarily,” says Nick Zoller, Senior Director of Marketing and Communications for the City of Savannah.

“After an extensive engineering analysis prior to installation, it was determined these sidewalk pavers could not be used permanently within the street and would need to be replaced once the vehicular pavers became available,” Zoller says.

The City maintains that they warned Broughton business owners ahead of the holidays that the thoroughfare would have to be closed and torn up yet again for the repaving.

“The City of Savannah previously advised the impacted businesses that the pavers were temporary and would need to be replaced in the new year,” Zoller tells us.

However, the business owners we spoke to – all of whom wished to remain anonymous for fear of reprisal – said they hadn’t been told anything about a need to repave the road due to early opening for the holidays.

One business owner on Broughton says they attended all the regular virtual webinars that the project manager held with businesses, and no mention was made of the need to rip up the pavers after the holidays.

No local news reports from this past year cite any need or plan to repave the section from Whitaker to Drayton after the holidays.

On Nov. 15, 2022, just a few days before Broughton opened to traffic, Savannah Mayor Van Johnson said in his weekly media briefing that “our goal is to have this done before the Thanksgiving holiday." A few moments later he announced the news that “We expect the construction work to be substantially completed and the street to be reopen to traffic this weekend” – referring to Nov. 18.

In that briefing Johnson did say that “After we open the roadways there will still be some ongoing construction" – but he specifically limited that to parking areas and sidewalks.

The redesigned section from Whitaker to Drayton will feature architectural pavers to allow and encourage that portion of Broughton Street to be used for street festivals. The idea is to have an area where the level of the road meets the level of the sidewalk, so that vehicle traffic can be blocked off and that portion be enjoyed as a pedestrian-friendly festival zone.

This newest and most unanticipated phase of the Broughton Streetscape Project is set to begin Tuesday, January 17 and continue for at least five weeks.

The City says the block of Bull to Drayton – the first section attempted -- will take three weeks, and the block from Whitaker to Bull will take two weeks.

But if the previous three years of the Broughton Streetscape are any indication, the actual time elapsed could be much longer.

“The City is still evaluating options with our contractor to finalize the timeline, with the goal of minimum impact to area businesses,” Zoller says, confirming that there are currently no plans to reimburse business owners for the continued disruption.

The Broughton Streetscape was begun in summer 2020, in the middle of the pandemic. It was promised to be done by two St. Patrick’s Days ago – spring 2021 – but wasn’t “complete” until this past November, when Broughton was opened to auto traffic from one end to the other for the first time since 2020.

Zoller says the cost of the repaving will be mitigated by reusing the lower-rated pavers which have already been driven on for two months. 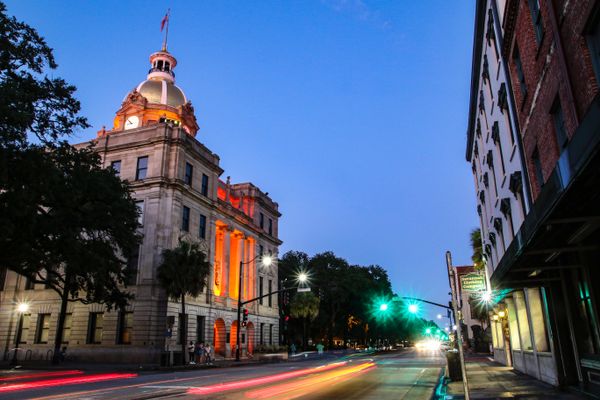 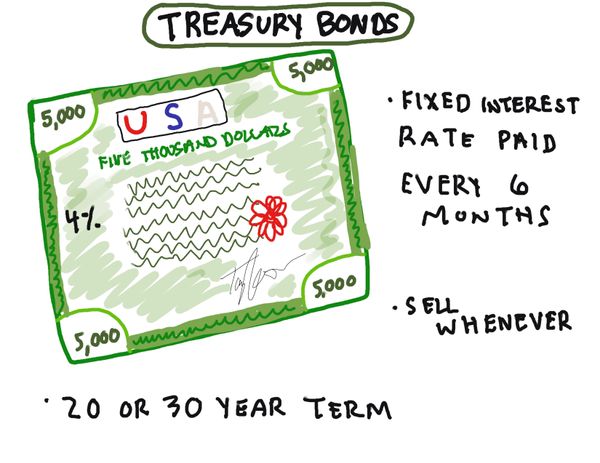 Treasury bonds are usually a very safe and stable investment