"THIS ONE, I think, is going to be a really special, meaningful show. Certainly to us, and hopefully to audiences as well."

Rick Garman, veteran writer and performer, is referring to his latest show for Bay Street Cabaret, Say Gay!. It's a hilarious, moving, and thought-provoking performance featuring plenty of Bay Street Cabaret and Club One regulars, performing songs along with monologues that highlight issues facing the LGBTQI+ community. A portion of proceeds from Say Gay! will benefit First City Pride Center.

"When we started the Cabaret series [at Club One], we were doing what we called 'theatrical cabaret,'" Garman tells The Savannahian.

"It was people singing, but really digging into the performance part of it. And then at Christmas we did a show where we had characters and a storyline and the whole bit. And audiences really responded to that, so we sort of dove into that concept and started creating original scripts with characters and storylines.

This one is different than what we've done before because it's all revolving around a theme but it's not one full story."

The writing process for this show, Garman says, started with choosing songs.

"I looked through and found a lot of songs that were gay anthems by people in the community, and by allies to our community. And then I started to develop monologues based on issues that would fit with those songs," he explains.

Diana Ross' iconic "I'm Coming Out" is one of the more notable songs in the show, an undisputed anthem that Garman uses in the production to coincide with a story about one of the characters struggling to come out to their parents.

"Some of it is based on my own personal experience; there's some very personal stuff in the show. Other things are based on just research and knowing things. And then once we cast it, the cast members have been feeding in [to the writing]," he says, explaining that cast members like Coles would input their own experiences into the monologues.

"One of the interesting things I've found is that a lot of the people that I cast were like, 'I totally feel this. This is my story. How did you know that?' So it's become very personal for the cast as well.

Other songs used in the show include “Born This Way” by Lady Gaga, “You Don’t Own Me” by Lesley Gore, “Don’t Let the Sun Go Down on Me” by Elton John, “Good as Hell” by Lizzo, and by Melissa Etheridge's “I’m the Only One." The songs, in conjunction with each character's individual story, are used to shine a light on issues like "Don't Say Gay" laws, AIDS, conversion therapy, transgender rights, and more.

For Travis Coles, general manager at Club One, where the Cabaret shows are staged, and frequent Club One and Cabaret performer Treyla Trash, this latest show is yet another in a series of memorable ones spearheaded by Garman.

"I never thought that it would evolve into this beam that Rick has absolutely created and fostered," Treyla says of the Cabaret. "And that people from our community would be able to participate."

"Obviously I've worked at the club for 17 and a half years, so anything that happens here I tend to get involved with. But this has been definitely a unique series of shows. It's nice to have somebody that has really taken this and spearheaded it. It's also allowed me to stretch my artistic muscles and play a character that Rick has created," Coles, who is performing in Say Gay!, adds.

The show was born out of a need for more of the kinds of shows that Garman says he saw frequently when he was living in Los Angeles, writing for TV and film.

"One of the reasons that I wanted to do it is, especially coming out of the pandemic there just weren't as many opportunities to see shows. So I said, 'Screw it, if nobody's going to entertain me, I'll entertain myself," Garman says.

"The great news is that I had this fantastic group of people who were willing to dive in and go with these crazy ideas that I had come up with, and throw together what amounts to a mini musical in about two weeks. It's become a very collaborative process."

One of the key things about this show, Garman says, is the fact that the script, while important to the flow of the show, isn't "sacrosanct," and in itself encourages ad-libbing and actor embellishments.

"I tell them, 'Don't worry. Change a line. Add a line! Throw something in there.' In our last show, some of the funniest lines that wound up in the show were things that cast members came up with on the fly," he says.

Say Gay! is a show with plenty of humor and lightheartedness, surely, but it's also designed to emphasize the history of the community and how far they've come, as well as make audiences think about the work that still needs to be done.

"The issues that we talk about, we're touching on everything from coming out, to homelessness, to AIDs, to gay bashing. There's still a lot of work to do, and a lot of us in the community feel that for as much progress as we've made, there's been a lot of backsliding," Garman says.

"There were at least 300 pieces of legislation targeting the LGBTQI+ community, whether it was the 'Don't Say Gay' bill or anti-trans laws. Violence against our community has gone up 25 percent in the last three years. Despite the fact that the Supreme Court ruled that discrimination is illegal in the workplace, that only applies to employers with 15 or more employees. If you have less than 15 employees, in many states you can still be fired because you're gay."

On a local level, Coles emphasizes that there is still a significant amount of progress to be made despite Savannah being largely progressive especially in the state of Georgia.

"I think the idea that somehow we've arrived and everything is fine is as misguided as saying that racism doesn't exist anymore," Coles says. "There is always going to be homophobia, there is always going to be discrimination. It's whether or not we tolerate it, whether or not we allow it to be legislated. That's really where all of these things change."

The LGBTQI+ community, he says, is a target once more in many ways despite public opinion having finally turned in the community's favor.

"In some places, the people who are governing don't necessarily represent the majority, and we're seeing laws passed as a result of that," Coles says. "On a local level, for the most part I think that we have a lot of support. At least from our city council. And I say that with a caveat; with this bathroom issue that has come up recently. Certain council members apparently didn't understand what they were voting on, which is always a comforting feeling."

Coles is referring to the recent reversal of support from several city council members for a gender neutral bathroom ordinance. The amendment essentially aligned Savannah with International Plumbing Code, allowing a single bathroom to be used by males and females as long as toilets and urinals were visually separated by their own stalls.

It's just one of the issues that the LGBTQI+ community has faced locally and beyond throughout modern history, and underscores the absolute importance of Pride month and Pride events all over the country.

"It's a thinly-veiled tieback to the anti-trans bills that have happened all over the country. These are things that people might not realize are anti-gay, anti-trans, and anti-our community. But they are, and they're happening not just on a national level but as local as Savannah city council," he says.

"So anyone that says that we don't need a pride festival, or that we don't need to mention gay issues, they're absolutely wrong. These are things that are impacting our community every single day, for reasons as insignificant as going to the bathroom. I think we've got a supportive majority in council, but I do think that there are some folks who will smile to the gay community to get their vote, but when the tire hits the pavement are not there to support the laws and legislation that supports our community."

"With our show," Garman adds, "anyone who needs their minds changed is probably not going to come anyway. We didn't set out to get on a soapbox or preach. We're just telling personal stories.

We're just telling stories about people that have been affected by pressures, by laws, by homophobia in a very personal way. We're creating art that we hope entertains and maybe illuminates a little bit." 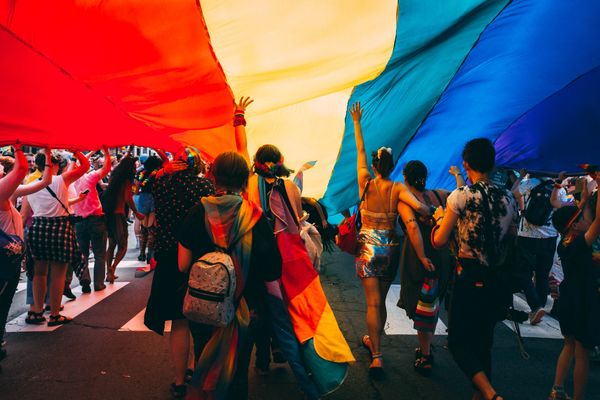 Our pride isn’t only in June, after which corporations and business will delete the 'show your pride' options from social media pages—our pride is steeped in legacy 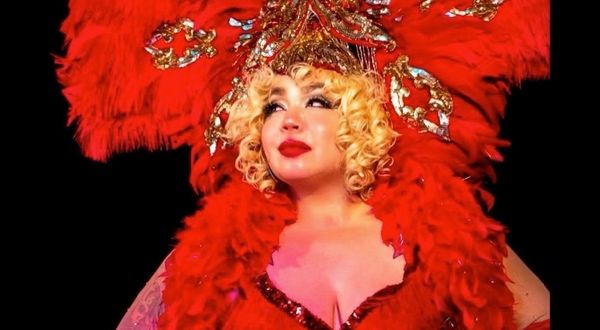 'In a way, simply existing is protesting'