ONCE upon a time, Quinn Christopherson dreamed of life as a musician outside his Alaska home, but he ended up ditching the dream in fear of not making it.

But then he won NPR’s Tiny Desk contest in 2019, and the dream began to come back to life.

Now, Christopherson is touring the country and opening for Portugal the Man at the Alaska State Fair, and he’s finally starting to feel like he’s making it. But finding himself is still part of the process.

We talked last week about the process of self-discovery, how looking to the future is inspiring him, and when it’s good to be wrong.

I was just listening to your album “I Am Bubblegum,” and I love it. Can you tell me about your writing process for it?

Thank you for listening! Wow.

Writing “I Am Bubblegum” was interesting because I wrote all these songs before I won the Tiny Desk, and these were when I was really trying to figure out where I fit in in music and how to be a musician in Alaska. There’s some challenges here.

I wrote “Loaded Gun” before I’d ever played music anywhere else; I’d never gone on the road or left home and I thought I never would. I was afraid to, and then by the time the bridge comes, I talk myself out of it and the song’s over. I thought, “I’m good, I’ll never go on tour, it’s okay.” It was totally trying to protect myself and my feelings. I was really glad to sing that song out of home because it proves me wrong, and I really wanted to be wrong [laughs].

And then “Good Boy” was just, you know, it’s silly and sarcastic. My songs previously were really painful, came from a place of pain for sure. If anyone ever gets to know me, they know I’m silly and sarcastic and all those sorts of things, so I wanted to kind of give a little bit of every piece of me there. That song always makes me laugh and it’s not meant to be taken seriously.

“Bubblegum” is one of my favorite songs to this day. It just feels so good to play. When I wrote the chorus “I don’t know who I am,” I sang that dozens of times before I realized it was a good thing. I wrote and sang it kind of ashamed and in that sort of way, and then as time went on and I kept singing it, it felt good, like, “Of course I don’t know who I am, because I’m growing every day and evolving as a new person.” It feels like should be celebrated, the journey to get to where we are instead of looking back on older versions of ourselves and feeling guilty or whatever. It felt really good to want to continue to get to know myself, I guess. I felt like I had to grow with that song as I wrote it.

I think we’re close in age, and at the age we are, it’s very much like, who am I and what am I doing? I really related to those lyrics, and I wonder if other people have related to it too.

For sure, yeah. That’s really nice when I can take such big moments in my life and other people can feel it, too. It feels really good.

Since writing “Loaded Gun,” have you found any answers as to where you fit in in the music business?

I’m sure winning NPR’s Tiny Desk really affirmed that for you, too. Can you talk about that experience?

That is what changed the game, for sure. It was amazing. I went on tour from that, and then I got to go on tour with some artists I really admire and I just learned a lot. I was able to put a team together and really pursue this full-time.

And that’s what I do now: I get to sit in my studio and write. Now I’m going to go on tour and play some tunes, and of course I’m going to Savannah and super excited.

It’s amazing. Tiny Desk was incredible; it was so fun. I don’t know what it’s like nowadays, but in 2019 it was wild. We went to all the best cities and played great shows.

That was when I knew what I was doing was enough, because I thought before that I needed a full band or more pieces and parts, and when I won Tiny Desk with just guitar and vocal, my bread and butter, it felt totally affirming.

What made you feel like you needed more parts?

I think it was fear that that’s what I needed to do, and just knowing that I don’t have to I think is … I mean, there’s a time and place for everything, and I’ve played full band opening up for Portugal the Man this summer at the state fair, because that fit really good and was so rock ’n’ roll. I think it’s fun to just know that I can also go stripped back and not hide behind anything.

Now that you’ve had a new album, where’s your headspace? Are you already in creative mode to start the next one?

I don’t know! I don’t think I’m ever “writing an album,” I think I just create songs because I love to and if there’s an album somewhere along the line, it could be, but I guess I don’t really focus on the product. I’m just here.

I’m hungry for it, don’t get me wrong! I’m working every day, I sit down and write, but I do it because I love it and because I have to. I don’t do it to turn anything in.

What are you feeling inspired by lately?

What have I been inspired by? [laughs] I’m just thinking, what have I been doing? I’ve been writing about futuristic stuff. That might be a theme with a lot of artists lately, being that we’ve been yearning for the past. I’ve found myself writing for my future self in a way, and I wonder if other people are doing that. 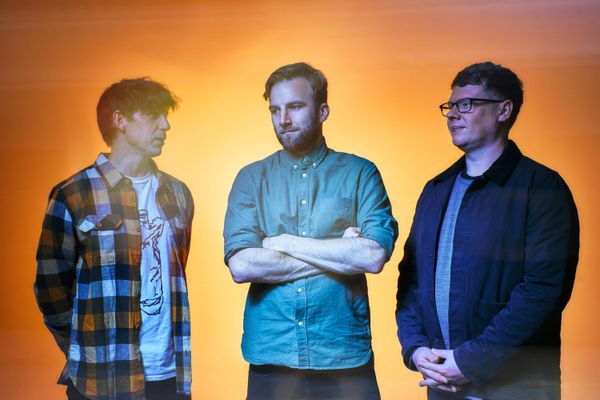 SCOTTISH INIDE ROCKERS We Were Promised Jetpacks have somehow been both under the radar and spot on the radar since their 2009 debut album, These Four Walls. They emerged from 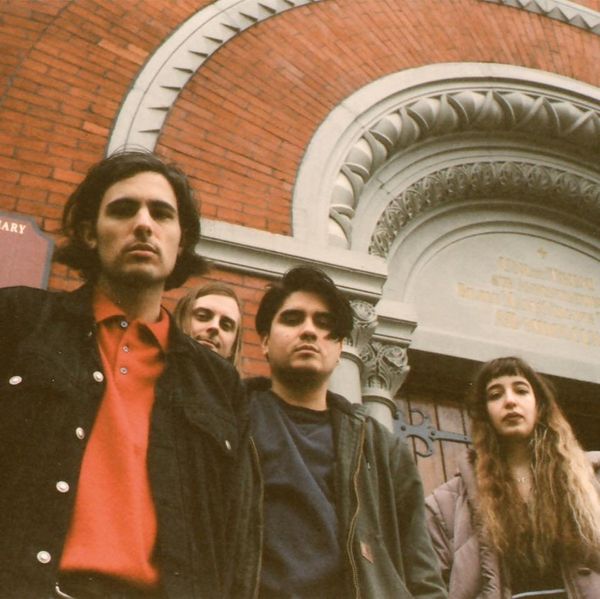 PEEL DREAM MAGAZINE [https://peeldreammagazine.bandcamp.com/]'S 2020 album Agitprop Alterna caught my shoegaze-loving ear after its release, and it has gone on to become a true calling card