AN OLD ADAGE suggests that if you do what you love, you’ll never work a day in your life.

With all due respect to the idealist who coined this phrase, I’d like to offer a rebuttal that if you do what you love, the work you do is worth it.

We’re a year into The Savannahian, and I can decidedly say that it has been nothing but work. The easy part was when we decided to collectively quit our dead-end job—and looking back, we thought that was the hard part. Ain’t retrospect great?

Since day one, we’ve been hard at work making The Savannahian the digital alt-weekly that Savannah needs. Our mission has always been clear: we want to be a veritable source on Savannah’s culture, amplify voices that aren’t always heard, and report with clear eyes on issues that affect us locally.

But, to do that, we’re up against a lot of challenges.

The first challenge that comes to mind is the distrust of the media, which goes beyond the “fake news” rallying cry. Gallup’s yearly poll on Americans’ trust in media yielded the second lowest reading in the poll’s trend: only 36% of Americans have a “great deal” or “fair amount” of trust in the media to report the news fully, accurately and fairly. The split is fairly partisan, with 68% of Democrats, 31% of independents and 11% of Republicans trusting the media.

Now, The Savannahian is a small, independent publication that doesn’t get nearly the amount of vitriol that bigger news publications get. (A moment of silence for WJCL’s comment section on Facebook.) But the distrust in media certainly carries over to us in other ways. When I tell certain folks that I run a newspaper (which is not accurate, but easier than explaining the concept of a digital alt-weekly to dead eyes), I get an odd look and some kind of question that is code for, “What’s your agenda?”

(The closest thing we have to an agenda is holding people accountable, but the politicization of every single thing in this country means that we’re seen as a progressive, left-leaning publication, which either means we’re your heroes or we’re a worthless rag. But I digress.)

We’re also, all of us, up against apathy. And I certainly get it: it’s hard to care about every single thing all of the time. It’s why we’re all so burnt out all the time. But apathy not only sets us back, it makes reporting feel futile.

In the recent House District 165 race, which was a five-way run for the seat vacated after the death of Rep. Mickey Stephens, the turnout was just shy of 14%. In a district of nearly 40,000 people, just over 5,000 people showed up to vote.

Of course, House 165 was a special election on an off year, so turnout was expected to be low. But the punchline is that the race was the perfect story: young political wannabe goes up against veteran politician! There’s decades between their ages! Three other people could steal the show away from them! What better setup exists to get higher turnout?

Local media teed up the ball perfectly, but the electorate missed the swing. This is just one example: I’ve written about the reporting I’ve done about sexual abuse allegations by the owner of The Haunt, only for the restaurant to still be open with an abuser still at the helm. It’s frustrating and disheartening to see people respond to your hard work with little more than a shrug.

That apathy is so crippling any time it comes in. As unbothered as I try to be, I still struggle when I see the work I do go completely unnoticed. I’ve been told to my face by a longtime acquaintance that they don’t read The Savannahian and don’t really have a reason why. (Just a PSA: never do this! You don't have to say everything you’re thinking!) And no matter how much ego work I do, it still stings to feel like you’re working for nothing.

Yes, we all work hard on The Savannahian, but did you know that all of us have other side hustles to pay our bills? Mine is a full-time retail management position, which means I work roughly 60 hours a week. It means doing the laundry and meal prepping between writing and editing and doing social media on Mondays. It means staying up until 11 p.m. or waking up at 5 a.m. to finish the last push of a story. It means scheduling interviews at 8 a.m. or 7 p.m. or during my lunch break, but I’m not sure when that’ll be today, so can I text you? It means doing interviews in my parked car before meeting with friends. It means taking a source’s call while driving and furiously scribbling the notes I remember later. It means checking my email at dinner to answer a contributor’s question or read over their piece so far.

Most days, it means working a full day and finding myself too exhausted to put effort into the thing I love doing, so I hold back tears and tell myself there’s always tomorrow, too.

Some days, it feels like it’s not worth it to get up and do it tomorrow. I’ve spent many a night questioning the viability of this project, wondering when I’ll have the time to finally start that story I’ve been turning over in my head for months, wondering when I’ll feel satisfied with the return we get on our effort. As my partner can attest, I lose a lot of sleep over this.

But the thing that always brings me back to it is love.

After a year, we’ve made a name for ourselves in the local media circuit. The work we do is valuable, needed and respected. We have devoted subscribers who read us every week and talk about what they’ve read and come back the next week for more. And at the end of the day, it’s our subscribers who make this work worth doing. To borrow a phrase from Bryan Adams, everything we do, we do it for you.

Thank you to everyone who has supported us throughout this journey and made it worth sticking around. We’re only getting started. 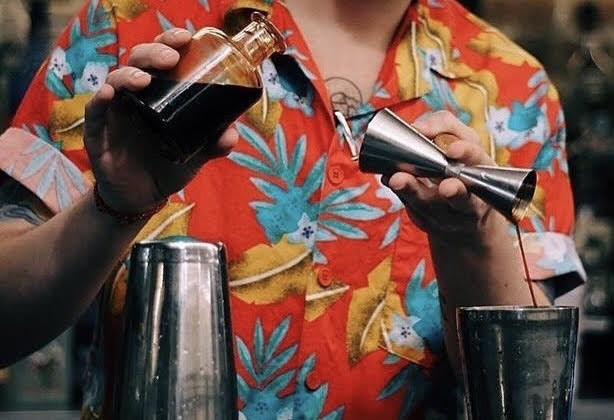 You get to learn this cocktail’s story and help tell it. It is such an underrated and unique feeling of satisfaction. 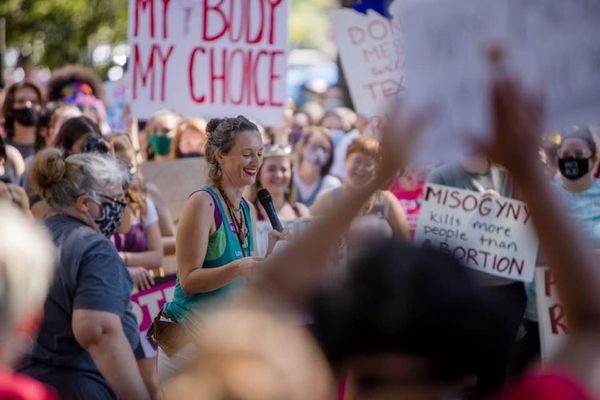 The first in a series of our new sex column